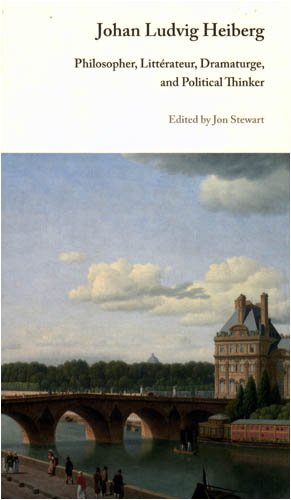 Reseña del editor The polymath Johan Ludvig Heiberg (1791-1860) represented in many ways a kind of crossroads in the Danish Golden Age, where many different figures and cultural institutions converged. Although he has been studied for years in his native Denmark, he has not enjoyed the same reception abroad. Recently, however, his work has begun to catch the eye of international scholars, and, largely as a result of their efforts, Heiberg has now become a familiar name among the most recent generation of Anglophone and international researchers working in fields such as Scandinavian literature, Danish theatre history and Kierkegaard studies. However, Heiberg was one of the most versatile figures of his age, and the full scope of his activity and thought is still far from being adequately explored in the literature. The collection features articles from leading Danish and international experts that reflect the different dimensions of Heiberg's thought. The volume is thus interdisciplinary in an attempt to cover as many different aspects of Heiberg's intellectual activity as possible. It is divided into four rubrics: I. Philosophy, II. Literature and Criticism, III. Drama and Aesthetics, and IV. Politics and Social Criticism. The hope is that this collection will encourage students and scholars to further explore the different dimensions of Heiberg's thought, both on its own terms and in connection with other important figures such as Soren Kierkegaard and Hans Christian Andersen. Biografía del autor Jon Stewart is the editor of the series, Kierkegaard Research: Sources, Reception and Resources, Texts from Golden Age Denmark and Danish Golden Age Studies. He is the coeditor of the Kierkegaard Studies Yearbook and Kierkegaard Studies Monograph Series. He currently holds a research position at the Slovak Academy of Sciences.